Shipping
Go To Step #2
We Respect Your Privacy & Information
Edit Shipping Details
Your order has been declined. Please double check your Credit Card Details or contact support for information.

ONE TIME OFFER: Get our ENTIRE Fee Objection Scripts Library on Audio to learn in the car between appointments with our tried and proven '30 PM Fee Scripts Audio MP3' (220 minutes)- Overcome 'I just want to know your fees' and 'Can you match your fee with the other agent' and 'but the other agent is cheaper' plus many more so you can RESPOND with CONFIDENCE, WIN the BUSINESS and your FEES (valued at $297) ONE-OFF offer of $47

ONE TIME OFFER: ONE-TIME OFFER! Get the PM Fee Scripts Secrets E-Book PDF and Audio Book- DOWNLOAD right away. Get it NOW for $47 (Valued at $97)

ONE TIME OFFER: Learn on the go with our Live Seminar Recording- '30 PM Fee Scripts' MP3- Download right away ONE-OFF offer of $47 (value $97)

- GET PM FEE SCRIPTS SECRETS-
FREE BOOK
HOW to WIN your FEES with CONFIDENCE!
No matter how LOW your rivals discount!
YES! RESERVE my FREE COPY NOW! You pay only $9.97 for shipping ($19.97 outside of Australia)

EVERY SCRIPT you'll ever need for any FEE OBJECTION
you'll ever get!
"Every fee objection you'll ever face has an answer. You'll find it...in this book!" Darren Hunter
PLUS get our COMPLETE Guide to 34 DIFFERENT PM Owner Fees and Fee Packages Charged over Australia, New Zealand, and the USA...and what agents are charging $$ for them! 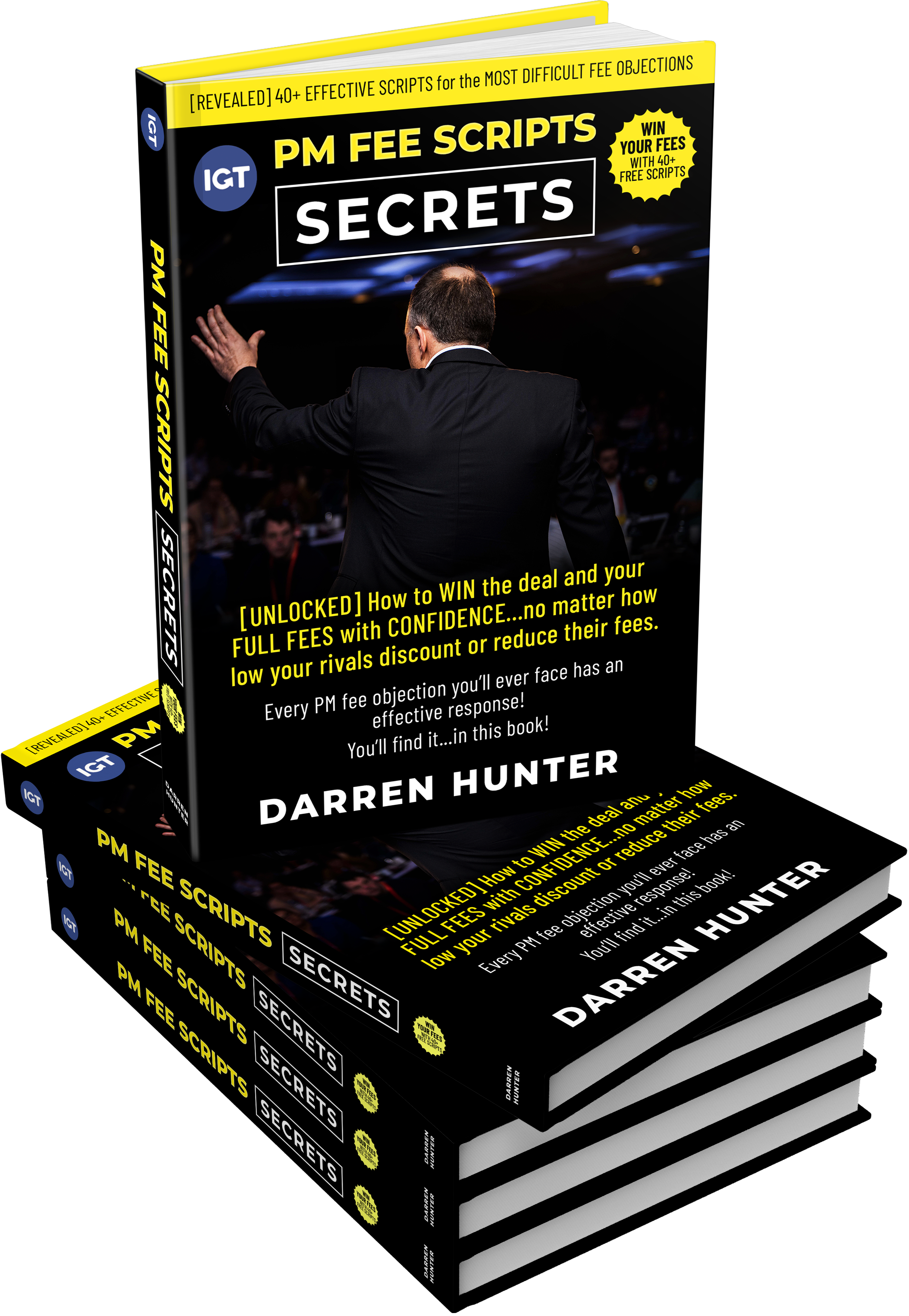 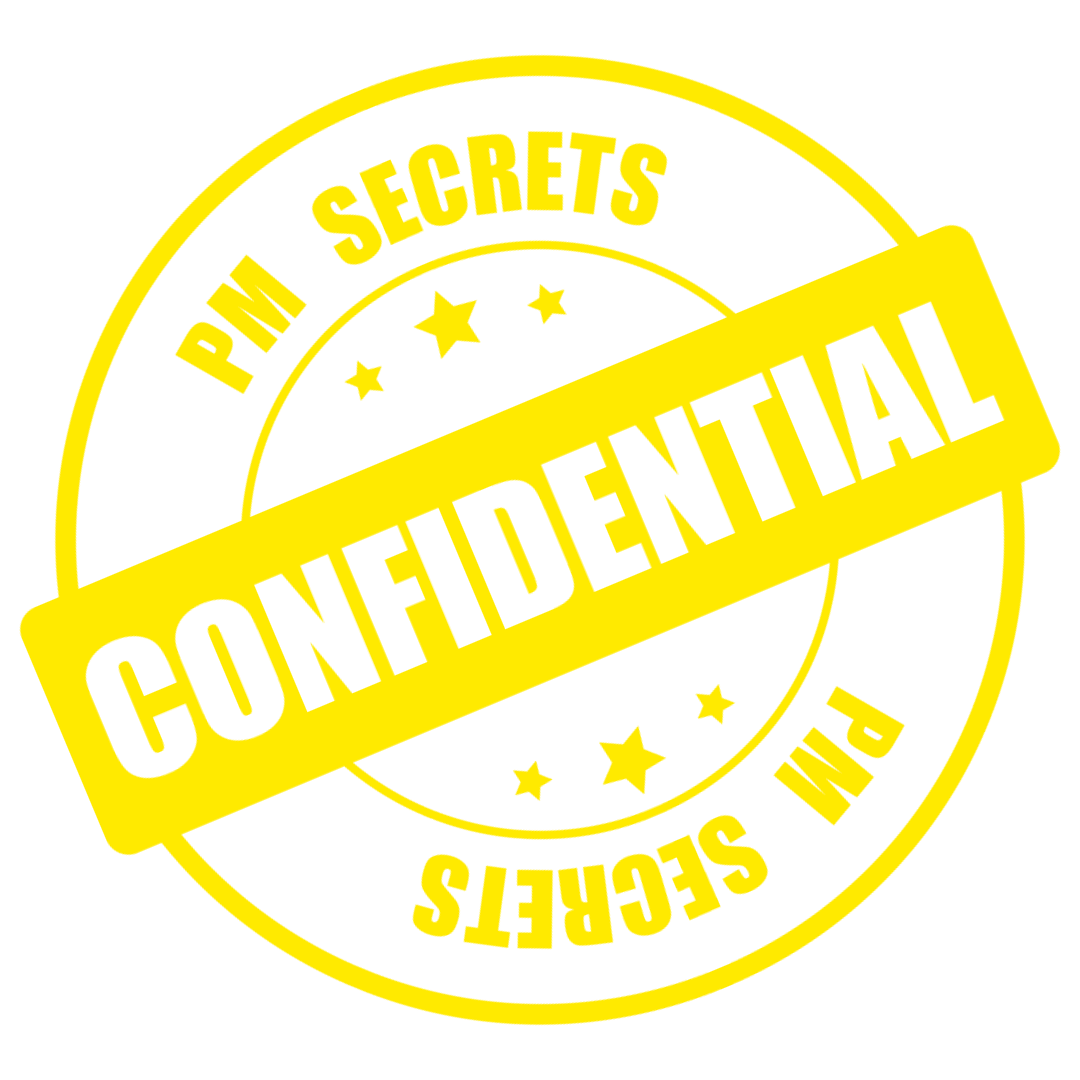 "The other agent is cheaper!"

"If you can match your management fee with the other agent!"

"Your fees are too high!"

"But what's the management fee for?"

"I'LL SHARE WITH YOU EVERY FEE SCRIPT I'VE EVER
CREATED OR COME ACROSS!"

It took me over 20 years to create and discover these PM Fee Script Secrets...with PAIN, SWEAT and lots of TEARS (and lots of lost deals by not using them)!
These are 70 secrets, strategies, techniques with 50 scripts on how to get the best PM fees in your marketplace, no matter how aggressive your rivals get with their fee discounting.
I've now taught these very same PM Fee Scripts to thousands in Property Management over Australia, New Zealand, and the USA, and have directly worked with and coached HUNDREDS of rent rolls to get better fees with NEW and CURRENT owners.
The GREAT NEWS is...these scripts WORK!
If you wanted me to teach you my PM Fee Scripts Secrets DIRECT to your office then I'd need to charge you over $6,000 (plus travel expenses) to go to your office.
The SAME TEACHING is in my PM Fee Scripts Secrets Book and you can have it FREE!
Just pay $9.97 ($19.97 outside of Australia) for our shipping and handling costs and the book is YOURS!

Here's the PM Fee Scripts SECRETS you can start using right away...
You'll always have an effective answer for every property management fee objection you'll face! 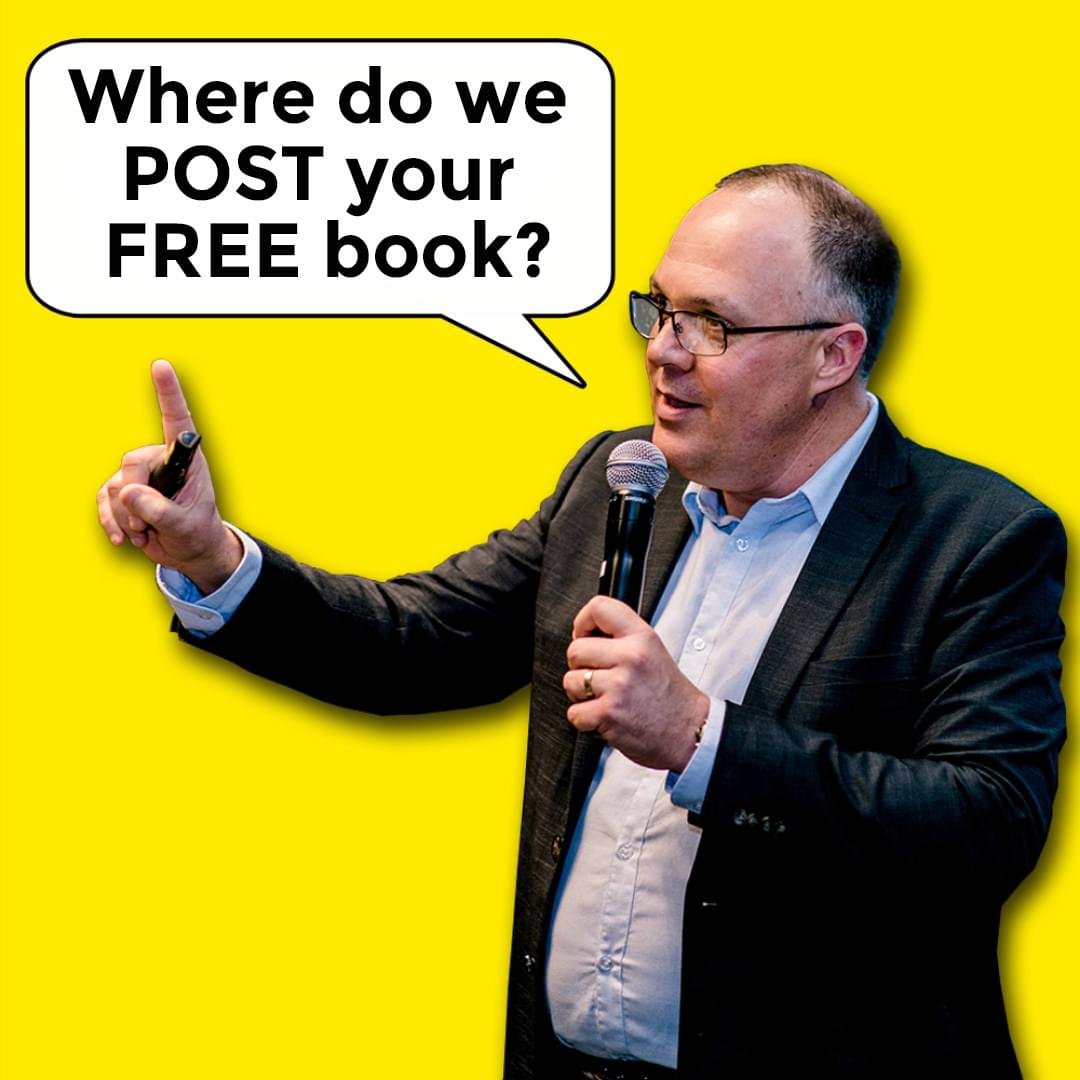 What do others say? 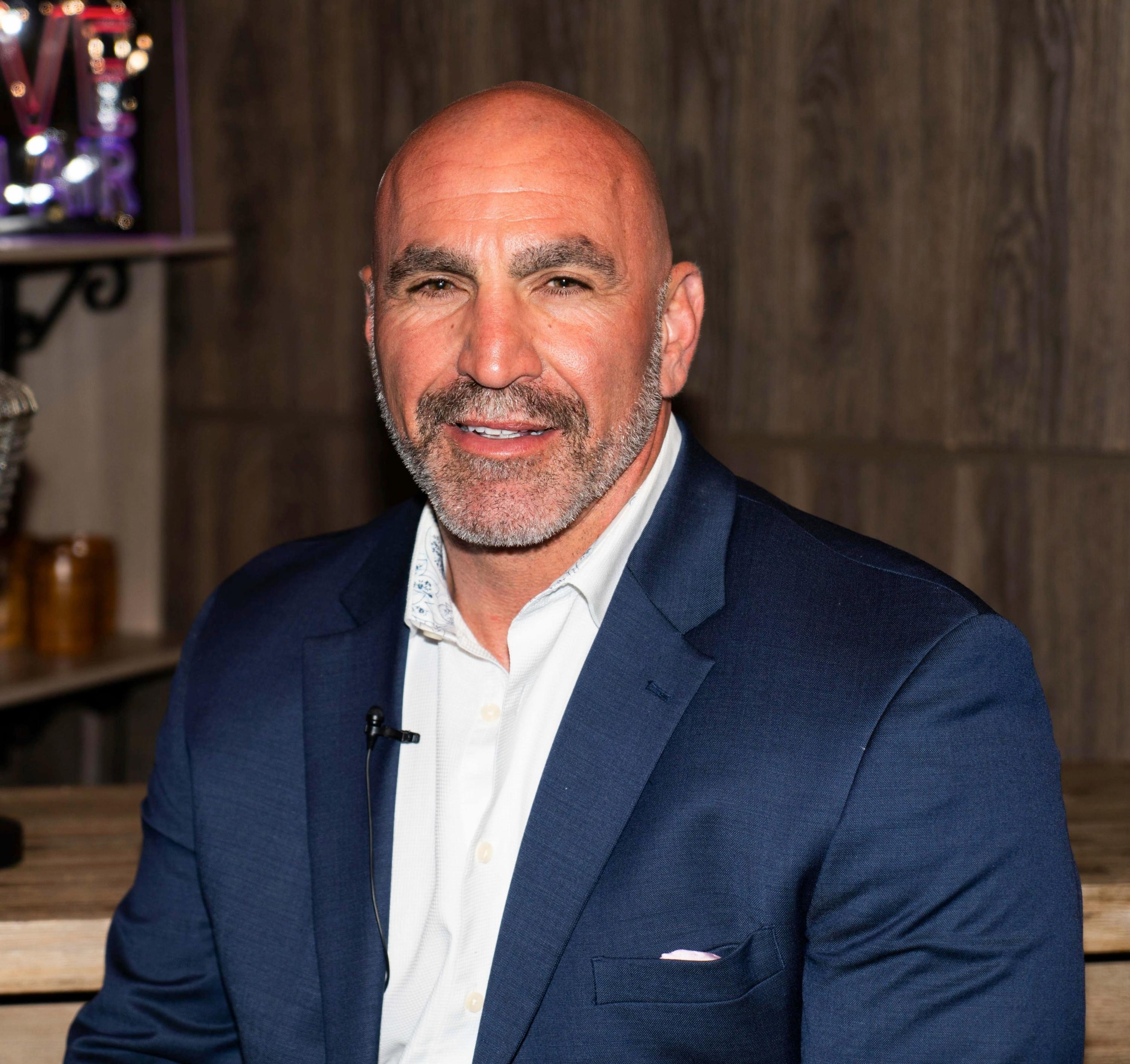 "If you are wanting to explode your business but afraid to ask for higher fees this book is a must for you. This will become your 'go to book' for scripts on how to overcome objections and increase fees all around.

"Darren is the leader with his PM scripts for new business. As a BDM and now as a BDM Coach, I've used Darren's scripts personally for years!”
YES! RESERVE my FREE COPY NOW! You pay only $9.97 for shipping ($19.97 outside of Australia)

Shhh! Don't tell your competitors you have these scripts! keep them as your secret weapon!

enjoy your new confidence and enthusiasm to win the deal and your fees!
every fee script response for every fee objection you'll likely ever face is right here...in this book!

Finally it's here! a library of fee script responses you can pull out any time you need!

thousands have used these fee scripts and rave about the results they get when they win their fees...because of these scripts!

HURRY! THIS OFFER is exclusive to this page only!

Get ALL the 50+ PM Fee Scripts SECRETS NOW!

Get OVER $6,000 worth of pm FEE TRAINING EXPERTISE VALUE- FREE!
Just pay for postage/handling FEE OF $9.97!

"...I not only changed my mindset but I was able to double my new property sign-ups 2 years in a row" 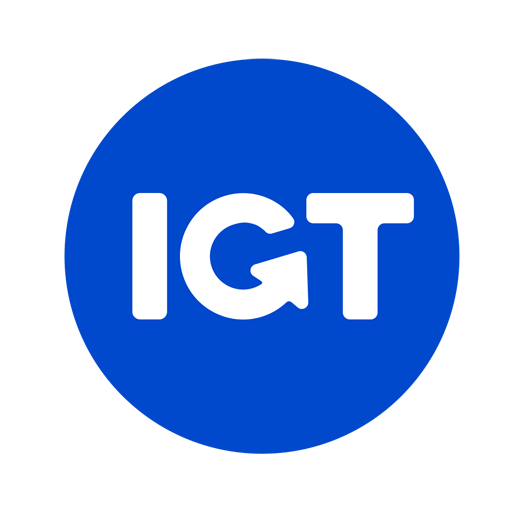 ONE TIME OFFER: Get the PM Fee Scripts Secrets E-Book PDF and Audio Book- DOWNLOAD right away. Get it NOW for $47 (Valued at $97) 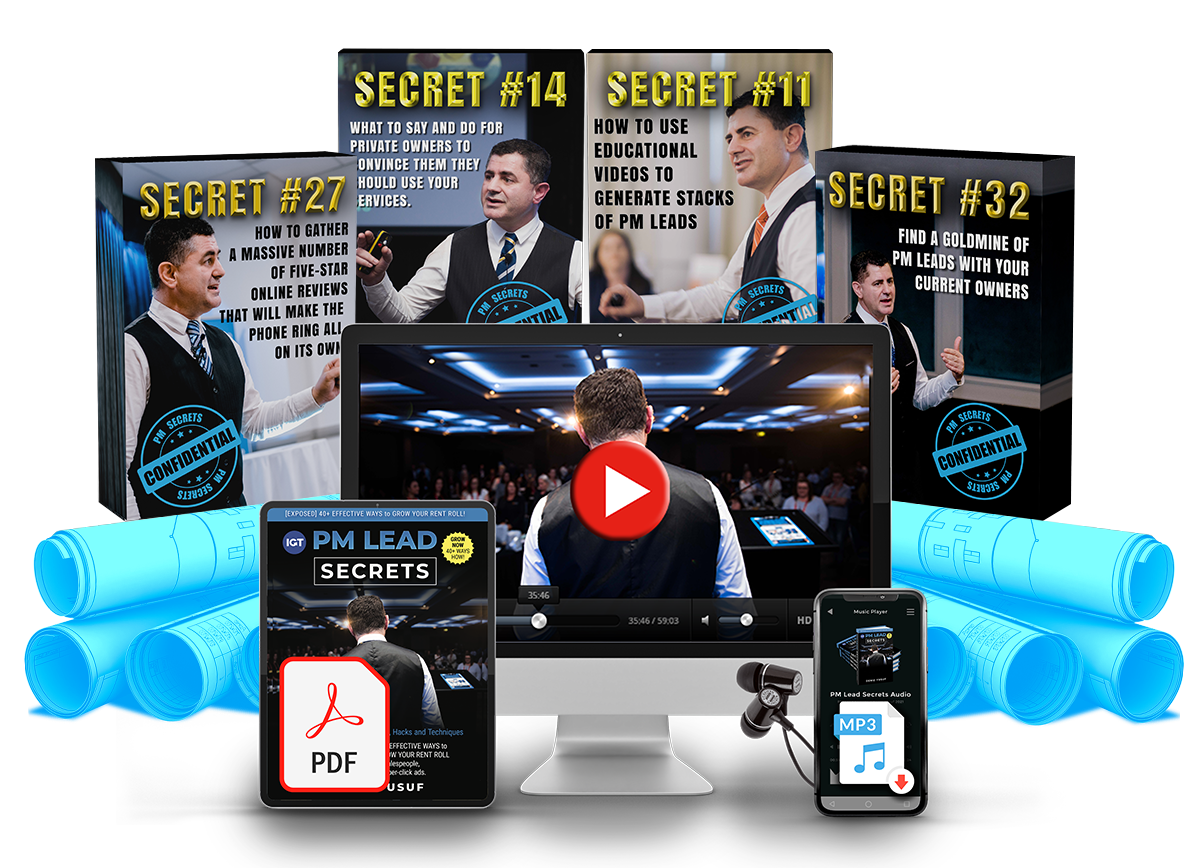 ONE-TIME OFFER- Access over 40 different and effective ways to source all of your own leads and GROW your rent roll with our SPECIAL LOW PRICED ‘PM Lead Secrets Book’ BUNDLE- Learn from the Video Training Version (6 hours) PLUS our Audio Book Mp3 Version (5 hours) so you can listen in the car between appointments, PLUS read the PDF E-Book as well. Never ever be short of quality PM leads again…and GROW! The ‘PM Lead Secrets’ Bundle is only $97 right here (full value $694) 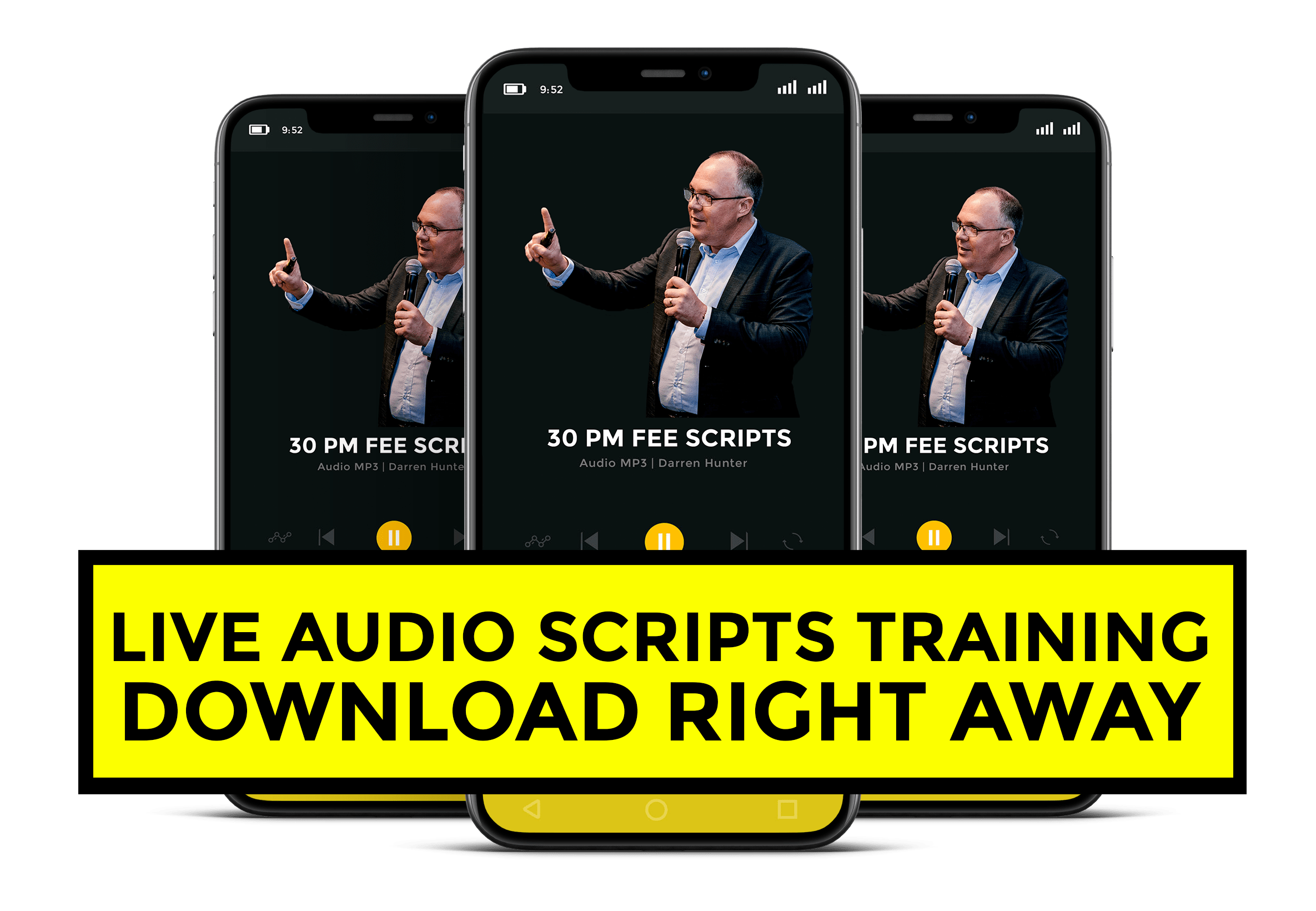